The Chronicles of Peachland includes over 80 articles about various political, commercial and public issues that have shaped Peachland’s recent history, including:
◾An account of last year’s Trepanier Fire;
◾The story of the “Logo Nogo”;
◾What happened to the Barone statues; and
◾Five pages about renowned former Peachland resident, Eddy Haymour.

The book is available at the Peachland Museum for $15

A pictoral history of the first 100 years.

Available at the Museum for $12

“Wild Goose Bill” Jenkins, Gus Hewitt, Harry Hardy, and the Lambly brothers – these are the names of the early settlers we know were around when J.B. Weeks came by in 1896.

But by 1898 all except one were gone and James Moore Robinson formed the Peachland Townsite Company Limited to attract potential orchardists from the prairies to come and build a town.

They did and, ever since, the names of the roads of Peachland have reflected its history and the men and women who have shaped it.

At this time, this volume is out of print! About 130 years ago, on an acreage called the Lambly Ranch, Harry Hardy planted some fruit trees.

A decade later, the resulting peaches so impressed local gold prospector John Moore Robinson that he quit mining, founded a town and called it Peachland.

The rest, as they say, is history! But history goes further back than that . . .

Available at the Museum for $12 The Peachland Historical Society – then known as the “Historical and Heritage Committee” was formed in May 1980. At that point in time, it had been 82 years since Peachland was founded. The far-sighted individuals comprising that committee immediately started gathering together information on these first eight decades of life in Peachland. At the time, a number of individuals were still alive whose memories went back to the earliest years. These old-timers were contacted and/or interviewed and their recollections of these early pioneering years were recorded before they were lost forever. The group then converted these recollections into a remarkable two-volume history of Peachland that they, most appropriately, entitled; Peachland Memories Volumes 1 and 2. The two volumes they produced became and remain the authority on Peachland’s history up to 1983. These books sold out completely by 2012 and the company that had originally published them was no more. The Peachland Historical Society has painstakingly re-assembled Volume 1 and, along with new covers, has re-printed a wealth of copies for all to enjoy! Pick one up at the Museum for $15

Peachland Pioneer Doors Storybook. Produced by the Peachland Visitor Center. A summary of pioneer families contributions to the Historic Peachland School renovation. Pick one up at the Museum for $15.75 Is now available for purchase at the Museum!

This reprint features a new foreword and acknowledgment of errors, as well as a link to an Index, painstakingly compiled by the volunteer staff at the Museum.

The Index can be viewed below;

Where are we located? 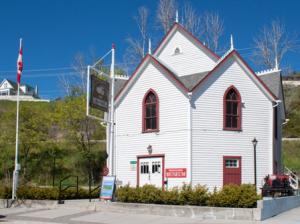